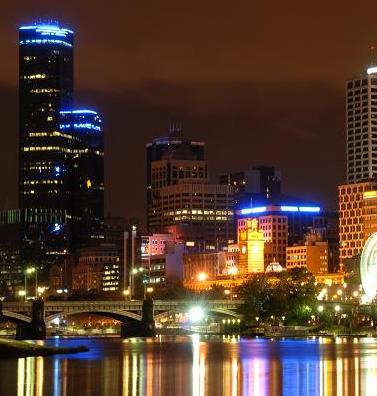 Melbourne is the second most populous city in Australia, with a population of 4.8 million in 2018, located around Port Phillip Bay in Australia’s south-east, and is the capital of the state of Victoria. It rates highly in education, entertainment, health care, research and development, tourism and sport, making it the world’s most liveable city—for the seventh year in a row in 2017. Sadly, even though we got the highest score we’ve ever had, in 2018 we slipped disastrously to 2nd spot.

Melbourne is a vibrant city, with nearly 1 million people using the city centre on a daily basis. It is a leading financial centre in the Asia-Pacific region, and ranks among the top 30 cities in the world in the Global Financial Centres Index. Referred to as Australia’s “cultural capital”, it is the birthplace of Australian impressionism, Australian rules football, the Australian film and television industries, and Australian contemporary dance. It is recognised as a UNESCO City of Literature and a major centre for street art, music and theatre. It is home to many of Australia’s largest and oldest cultural institutions such as the Melbourne Cricket Ground, the National Gallery of Victoria, the State Library of Victoria and the UNESCO World Heritage-listed Royal Exhibition Building. It was the host city of the 1956 Summer Olympics. (Wikipedia)

We love Melbourne and her people and believe that this is a great place to live, work and play. The city itself is small enough to get a feel for in a day, but you could spend the rest of your life getting to know the many excellent cafes and restaurants in the Melbourne CBD and its surrounding suburbs. The people are friendly and upbeat and have a love for great food, real coffee, travel, sport and the outdoors. If you are thinking of relocating to Melbourne or just planning a trip, then the following links should be helpful.

CAR PARKING:
You can park on Middlesex Road, Kent Road or Durham Road. However, please check the signs carefully as there is restricted parking on Sundays.

TRAIN:
If arriving by train, take the Lilydale train line to Chatham Station and the Base is a short walk from there. (Note: Make sure you travel to Chatham station and not Lilydale station as Lilydale is the end of the line)

TRAM:
If arriving by tram, take Number 70 and get off at Stop 52 - Lockhart St and the Base is a short walk from there.